ThaKiddJopp born February 3rd 1989, and he was a Hip Hop feen at a early age. He is the brother of 4 other siblings where he stands as the second oldest.Who would have known that such creative articulation would have captivated his heart.  After being introduced to such creative artistry he than began to start listening to artists such as LL Cool J, Fat Joe, Ja Rule, Eminem, Tupac and many more.  It wasn’t until The Lord Jesus Christ saved him at the age of 18 that he started to grow more and more in love with writing music.  After millions of frustrated nights and after billions of thrown away lyrics he discovered a new love. This love superseded the love had for Hip Hop.

As of 2013, he has been putting in a lot of labor blueprinting his debut project entitled Barz & Worship, which should be released in the beginning of 2014. You can follow Jopp on Twitter at @thakiddjopp or Facebook at https://www.facebook.com/thakidd.jopp 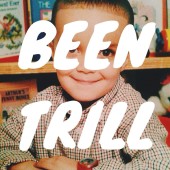 Born and raised in Brooklyn, New York, DJ Bless now resides in Atlanta, Georgia. Only 19 years old, DJ Bless is now attending college for audio engineering and production to continue to pursue his career in music. Currently working on his first project, DJ Bless is an urban missionary and mentor for urban youth through rap and music.

Corey Hicks – Out of Control