True to the original form of Hip- Hop, Mahogany Jones began as a poet. Raised in Mt. Vernon, New York, it was from the age of thirteen she began to compile hundreds of poems scribbled in composition notebooks. It wasn’t until 96′, during her first year of college, that in a small cafe called the Brooklyn Moon, that she began to hone the art of the Spoken Word by sharing mics with the likes of Saul Williams, Mums the Schemer, Sarah Jones, and several others. From then on she took theater classes, read countless poetry books, and in addition thrived on the poetic genius of em-cees from the underground. Livin’ in the heart of BK and being the avant garde village rat she was is what introduced her to J-Live, Jean Grae, Stronghold, and a slew of emcee’s whose verbal dexterity was deadly. Mahogany states “I caught the bug- It was my dream to rock the mic.” In 2000 she became a member of Toni Blackman’s (“Hip-Hop Ambassador”/Activist) Freestyle Union and with a rigorous diet of weekly freestyle session, accountability meetings and movement training an em-cee was born. Through it all there was still something missing, a void, and in that same year Jesus Christ filled it. It was in 2001, right before the rise of Poster Boy and Jin, that Mahogany Jones, a timid, 5’11 wordsmith would go to win B.E.T’s “Freestyle Friday’s” battle competition and come out a four time Champion and do so in the name of Christ. Now an active member of Holy Hip-Hop’s movement, The Yuinon, the only battling she is interested in is battling the degregation, mindless instant gratification, and poverty mentality that’s suffocating Hip-Hop today. Her travels as both a spoken word artist and em-cee have taken her throughout the U.S. and have allowed her to grace stage line-ups with Dead Prez, The Roots, India Arie,and many others. Along with producer, I-ron-ic- Lee, the two have put together Mahogany’s debut full length project, “Morphed.”

Listen to an exclusive leak from Morphed.  With 18 tracks, it was really hard for us to pick just one (this album is ridiculous!).  This may very well be one of the best offerings from Christian Hip Hop for 2008!  This could easily be a classic, but only time will tell.  But we are really diggin’ the upbeat, feel good track produced by JR called “Lose Control.”  We’ll hit you with more later, as well as an interview and album review.  So stay tuned! 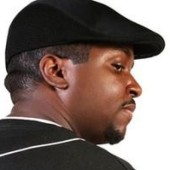