I was able to hear a preview of MC Jin’s latest album Hypocrite.  I’m going to break down what I think about the project and do my best to explain my first impressions to second thoughts.

The album’s first track, “Prayer,” starts in the same manner in which it is titled.  You can hear the tension in MC Jin’s voice as he speaks the first few lines of the petition.  The piano gives a good sense of dynamic tension that hits some of the undertones of what is going on in his mind.  The heavy weight of the question of the album being “Christian” enough for some audiences strikes me.  It lets me know that MC JIN is mindful of the Christian Hip Hop sub culture and its topics of interest.  This first track is a good step into this album.

Next, you are broken from the solemn sound and enter into “Hypocrite (Black Chapter).”  The beat starts a bit strange.  The jaunting transition rather took me out of the music for a few moments then I was able to refocus.  The word play in the album is moderate.  I will give MC Jin credit; he mixes many scripture passages into his verses.  I could pick out at least ten distinct passages.  I find his challenge to man up and fight personal hypocrisy to be a good conclusion to the song.  Overall, I feel the song does a good job showing us that MC Jin has spent time in the Word.

The third track has a bit more modern hip-hop sound emphasis than some other tracks.  “Behind Enemy Lines” got me to bob my head from the start.  The beat sampling and work was a lot better.  The flow of MC Jin in this track is straight fire.  The song makes it clear we won’t come to a consensus with the world, and that is an acceptable position.  The message of engaging the world for the gospel is portrayed in a very well put together manner.

The fourth track is called “Don’t Walk Run.”  I think the track has an interesting sound.  Dealing with the topic of sex, virginity, lust, and marriage is very common in CHH.  The idea of running away from sexual temptation and even thoughts is the central point of the song.  MC Jin rides a thin line between personal experience and biblical reflections.  I can say there really isn’t much new added to the topic of sexual morality in this song.  This song is not bad, but it is not MC Jin’s best work.

The fifth track is titled “Fear Factor.”  The first thing I noticed is the vocals done by Amante Lacey.  The powerful sound of his voice is a good compliment to MC Jin’s verses.  I think the different angle that MC Jin takes is great in that he lyrically displays that the perfect love of Jesus overcomes fear.  The Ravi Zacharias sample at the end was a nice touch.  I would say that this is another high note on the album.

“Dead Man Walking” comes out knocking the door down.  MC Jin puts in work on this track.  This is a bit of a background and testimonial track.  MC Jin goes into all of the titles and achievements he has left behind and let die.  If you’re new to listening to MC Jin, it does a great job giving you a synopsis of who he was in comparison to who he is now.  Overall, it is a solid track.

The sixth track, “Broken,” starts to bring back some feelings you had after listening to “Prayer.”  I would say that his personal acknowledgments about the bigness and Lordship of God are put wonderfully to music.  I really enjoyed this track a lot.  However, I feel it was placed badly in the order of songs.  I feel that if this song were earlier in the album it would have had more impact.

The outro, “Healing,” brings the piano beat from “Prayer” back and puts a little spin on it.  I think that this track shows the summation of the more humble MC Jin the Lord has been working on.  This song wraps up the whole album well.  More so, I think this song answers many questions some people may have had about him.  His heart is focused on restoration.

The bonus track, “Hypocrite (Gold Chapter),” is just a more fun, odder, and more experimental version of the “Hypocrite (Black Chapter).”  The verses are the same with a little special effect added here and there.  I think it is a fun bonus of the title track.

When I really look at this work by MC Jin, I’m happy and sad at the same time.  I’m happy because this album shows his maturation in faith and shows he is thinking about a lot.  There are tracks that make you feel what MC Jin is going through.  On the other end, I think there are some ghosts from the past or from CHH culture that are holding him back as an MC.  It sounds like he still has a heavy burden about the things that he did in the past.  When I listen to this work, it seems there are a few areas in which he hasn’t forgiven himself.  I think this tension drives him toward being more missionary minded and wears on him at the same time.  I feel if he let some of that burden go, but not forget the grace he received, we will see a super-mega-ultimate MC Jin.

To be honest, this is not his best work.  I think the use of snare on most of the beats is a bit too much.  I would love to have heard more experiments in the beat use.  I think going orchestral a bit more would have been awesome.  I think even playing with some lessons learned from Brand New Me on a track or two would have been good as well.

MC Jin’s flow stays on point.  I think he hasn’t pushed himself in this area to reach that superior mark that we get glimpses of in the tracks.  At the same time, I think most of his concentration is more on his content.  If there was a hint more of that flow MC Jin had in “Healing,” “Dead Man Walking,” and “Behind Enemy Lines” in the rest of the project, I think this project would sound a lot better.  That doesn’t mean that MC Jin’s flow is slacking.  I do think that he is trying to develop other elements of his talent and some of that is not as polished.  It seems that MC Jin is moving away from being a punch-line rapper.  For that, I give MC Jin props for not sticking to the same formula.

I think in the end, MC Jin is a “left the 99” rapper.  He is not putting most of his focus on reaching us in the CHH community.  I think that is great.  What MC Jin is doing would be like Paul going out and tracking down those he was riding with on the way to Damascus and then preaching the gospel to them.  When you look at all his work through that lens, then you see what he is called for and the tapestry comes together.  That is why I would say this album is worth a buy.  The buy is not for the average CHH head to have something to always bob their head to.  This album is a good gateway to introduce people to CHH in a pure, simple, and well-done form.  The honesty level will have people coming back wanting to know about other artists.

Hit me up with your feedback here and on Twitter @speakredwords. 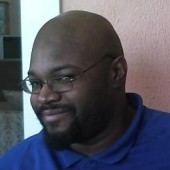 Edward Shelton is an op-ed/interviewer, writer, and podcaster who doesn't mind asking the tough questions in Christian Hip Hop. He has a Masters Degree in Theology from Oral Roberts University. If you want to be bored, feel free to follow him on twitter. Who knows, he may write a book one day.