When rappers drop mixtapes, I try to take advantage.

A few days ago, I was at the gas station when I noticed some dudes huddled up in a cypha.  It was one of those rare occasions where I had on a shirt and tie, but I joined in anyway.  I spit a verse I had memorized off some artist’s project, confessed that it wasn’t mine, laughed with the guys laughing at me, and then handed out copies of Church Clothes 2.

With the recent release of Lecrae’s latest mixtape, it got me thinking about other rappers who I wish would come out with mixtapes.

My list of five mixtapes I’d love to see include:

1. Flame, Thi’sl, and J’Son.  A few years ago, I got hyped when it looked as though St. Louis’ most notable Christian hip-hop emcees were going to drop a project together.  Then life happened.  The men were busy with other projects and ministry endeavors, and the project never materialized.  Still, it would be great if this compilation album came out via mixtape.  The trio of 314 artists appeared on the song “Head On” on the first Thi’sl album, and that song remains one of my favorite old school Christian hip-hop jams. 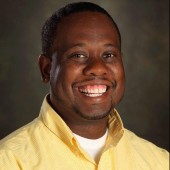 Sherrod White – One In A Million