Derek Minor is back with his fifth studio album. This journeyman of Christian Hip Hop has been grinding for almost a decade, writing, producing, performing, and running his own label, Reflection Music Group. It has been a couple years since he introduced us to Minorville, and now he is all about building a brand new Empire.

Empire-building for most people conjures up images of braggadocio and swagger, however, Minor is dead set on ensuring that the only Empire he is building here is the Empire of God, helping to get the word out that His is the only empire worth building.

The album is full of hard hitting beats, but this doesn’t stop it from making you sit back and reflect on who we are serving; think about whose kingdom we are building. No single song does a better job at making us think about this than “Kingdom Come.” The song tells a story of a man who lived solely [for] having his own kingdom come, but in the end, it was the Kingdom of Heaven that was at hand.

On “Fly,” we hear a side of Derek Minor that I have never heard before: singing. With a soulful tone reminiscent of Mali Music, Minor delivers with precision. His vocals on the verse are perfectly balanced with Colton Dixon’s vocals on the chorus. This [incredible track] should easily find its way into regular playlists.

The highlight of this album for this reviewer is “Party People,” which features Social Club.  The beat hits hard, and you can’t deny yourself the need to jump, dance, and shout.

Minor is a highly respected member of the CHH community, which is apparent given the producers who lent a hand and the artists who featured on this album. A majority of the album was produced by Dirty Rice, but Gawvi, Tyshane, and Jonny Grand also show up in the credits. Besides Colton Dixon and Social Club, other features include Tedashii, Lecrae, Tony Tillman, and B. Cooper.

Closing Thoughts:
The only low point on this album for me was “Who You Know.” It just sounded too much like “Manolo” by Trip Lee for me. The rest of the album is truly provoking and, as has become expected, the quality is top notch. A couple of years ago, this would easily have been a solid [ten]. This shows the growth of Derek Minor and the rest of CHH. What we have here is a perfect start to what is shaping up to be a great year for the genre. 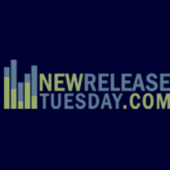 NewReleaseTuesday.com and its associated brands exist to inspire, inform, and encourage people by sharing the art, Gospel message, and ministries of Christian artists and creatives with a growing spirit of excellence.