Edgy worship music with the hype of a club-like atmosphere. Worship music for the people regardless of their background. “This is what we call revolutionary dance music,” quotes one of the features, T-Bone, on this project during the track “My All.” Revolutionary is an ideal definition of what Champion encapsulates. Speaking of definitions, Webster Dictionary defines the title of this project as “someone who fights or speaks publicly in support of a belief or cause.”

Beckah Shae is no stranger to fighting when adversity arises. Born Rebekah Alice Shocklee, Beckah overcame poverty, a broken home, disorders, abuse, and an array of other obstacles before declaring personal victory as a champion with God standing faithfully by her side. Most of these said struggles you and I deal with daily. Therefore, the ease of relation to the lyrics pours added appeal to Shae’s eighth release in eight years – no small feat in its own right. This album details many of her personal enemy-led battles building up to a strong testimony that women everywhere can benefit from.

Shae Shoc Records was one of her greatest victories, as Beckah co-owns the record company with her husband, Jack “Shoc” Shocklee who she married in 2004 after meeting in Tennessee along the bumpy road that led Beckah on many journeys. Champion is the third release from her label destined to top the charts as some of her recent offerings have succeeded to accomplish.

Backed by one of the biggest mainstream online fundraising hubs, Kickstarter, just fewer than 400 fans raised over $52,000 to ensure Shae’s visions became reality in a few short months. True to her electronic-driven talents, Beckah did not disappoint with the product generated from overwhelming generosity as an ear-pleasing gift to fans worldwide on the release date, May 6, 2014.

The first track released last summer from this record, “Turbo Style,” appeared to be handcrafted for the cameo on the remix, Canon. His lightning-fast abilities to spit on the mic gripped tightly to each new bar coupled with Beckah’s beautiful harmonies fused into a stellar track. The original version makes a creative blended use of an 80’s favorite, “Manic,” from Michael Sembello.

An absolute standout of the project, “Jericho,” teams legend Israel Houghton with the electronic queen as the famed city’s walls were pitted against past failures. The result is a battle cry heard bellowing from the depths of souls claiming victory regardless of what solid obstacles are faced.

With prevalent, demanding drum sounds as a personal passion, “Heartbeat” did not disappoint. The overall theme of rising above former failures summoning sleeping giants to arise would make the likes of William Wallace proud, noting the brave at heart shall always prevail.

Just as one begins to perspire and perfect dance moves, several melodic ballads grace the tracks of this project. Close both eyes and allow the lyrics of “Vision” to echo between the ear buds; true worship begins as His Glory can be felt simultaneously. “Your Kingdom Come” embraces the innocence of our faith, portrayed by the sweet voices of Beckah’s two daughters, Joy and Grace. Upbeat, pulsating tracks combined with powerful, soul-driven melodies mesh artistically, instead of stumbling over each other.

Beckah Shae executed the perfect storm of energetic Jesus-laced lyrics combined with biblical concepts and a strong source of production begging to test tweeters and subs alike. She defines the ideal all Christians work diligently to embrace; that of a new creature. That of a champion. Beckah used her life’s struggles to handcraft brilliance in the form of art within music. 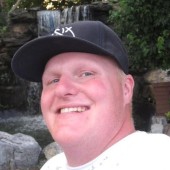