Ashlei Reign – Do It

Listen to the first single from Ashlei Reign’s upcoming project.

Ashlei Reign is an up & coming rap artist from Northern, California. She has a servant’s heart and is committed to Reaching Everyone In God’s Name. This commitment even led her to serving as a police officer for many years in Oakland, Ca where she is also a native. In 2010 she released a self titled EP, which was her first project on a regional level. This project gained national attention and in 2011 she was named the Female Rap Minister of the Year at the Kingdom Choice Awards(NYC). 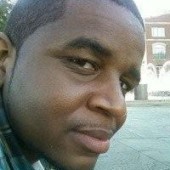