When it comes to Christian hip hop in 2019, it was a big win for the culture at large. A lot has gone down with artists doing big with their music flying beyond borders.

It’s so interesting to see a year which started with less female dominance in the Christian hip hop genre end with record signings, awards and several hit songs coming from female artists.

With a month and a half left to end the year 2019, Jam The Hype have decided to highlight five female hip hop acts who have thrilled us in the cause of the year with their music releases.

Wande Isola had a big hit this year when she was announced as the first reach records female artiste during the 2019 Unashamed tour. Not only has she proved her relevance with her signing but also with the release of the track ‘Blessed Up’ which she performed at the tour with her label mates.

With receiving awards at this year’s Kingdom choice awards to getting featured on USA today as one of the Christian rap artistes to listen to, Wande has moved away from being just that young lady with Nigerian roots and a Muslim background to one of the few ladies showing boldness of their faith through their music. Her recent double single ‘No Limits’ is that type of music that’ll put you on your feets.

Also the first female artiste to be signed on to her label ‘God Over Money’ (GOM) which houses Bizzle, Selah The Corner, Jered Sanders, Datin and Bumps. A.I has raised the bar higher with her new team GOM where she made her debut ‘Eastside‘.

Beyond music, A.I holds the burning desire to impact lives and empowering the youths through various means.

The year for her has been one with much achievements for her, from touring with the team on the God Over Money (GOM) tour, releasing her full project ‘BLNKNVS’ and even receiving the award for Breakthrough Artist of the year at the Kingdom Choice Awards 2019.

Danielle Apicella, one who might probably be said not to be known as much as when she got signed to Reflection Music Group (RMG) in May is another female artist with much fire this year.

20 year old Danielle, the first female artist of the RMG label got many in awe with her signing and even won them to her side with her debut release ‘Silly Girl’ which gave her exposure thereafter accompanying it with Wilderness featuring label mate Byron Juane and Rain Don’t Go Away.

One of the rappers with fiery bars for days as long as she’s in the booth. When she’s not rapping on joints, she’s taking the hook like she did on Bizzle’s  ‘Shooter’ and Roytosh’s ‘Like You Do’.

The release of her full project ‘Forth‘ ushered in a feeling of V.Rose, the one who full project which dropped in July had her bring more ladies power in the game with the featuring of two female artistes ‘Wande and Danielle Apicella on Pretty Sad to At My Worse respectively.

Rapper and singer with Puerto Rican roots ‘Angie Rose’ has had some few moves this year with her music which grew more than expected. Starting the year silent with no music releases to getting signed on to a reputable label and dropping songs after the other.

Rose started the year with dropping gems and freestyle videos on her IG page, going on missionary journeys while keeping us patient for new music which she did deliver later in the year. She performed at this year’s ”Alive Festival” alongside industry heavyweights lecrae, KB, Andy Mineo and a lot more.

With her signing with Capitol Christian Music Group (CMG), she made her debut with the release of a new song ‘Fight Like A Man’, a song with a fast tempo beat that teaches one to be strong and Lie To Me (Story of Eve) which followed through, Rose has made the year a very memorable one. 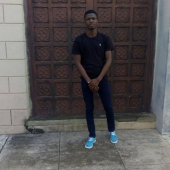 Dee-1 Discusses His Faith, BET Cypher & More On Sway In The Morning