The game requires Wii MotionPlus for much more realistic, accurate movement.  Might be a downer if you have an old school Wii remote, but it’s well worth it for that wicked tennis backhand or a jaw-shattering uppercut.

You can play your choice of several sports, which include tennis, bowling, baseball, golf, and boxing.  The first set of sports, tennis and bowling, were included in the initial release, while the remaining games to be released later.  You may have a party at home challenging your friends, challenge a friend online, or even join a regional club and compete against other clubs with its reputation at stake.

At home, have a choice of setting up a local match or just train with friends.

With the regional club, also known as Online Game, you may just play it solo by joining the World Club or join a specific regional club.  To join a match, you may challenge a random player, challenge a friend, or challenge any club member.

Also comes with Miiverse where you can give your teammate a pep talk or send messages to your competition.  Personally, I just use Miiverse to post random, crazy drawings.

But hey, what’s any sport without a little trash talking here and there right? That’s why the game has an online feature called Online Banter.  You can set up the messages beforehand using the +Control Pad and then send them during the game.  Take that sucka! 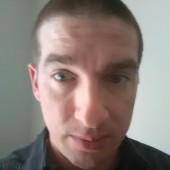 Michael Zang is the founder of Fired Up Christian Wear, with the vision to make "Jesus junk" history and to one day compete against the top urban clothing brands. For several years, he has been a leader at an urban outreach youth ministry located in Houston, TX and has aided numerous start ups with his design and marketing expertise. Currently leading a Chicago based tech startup.

Married To The Games – Episode 109