London based rapper David Keigh, formerly known as Faith D, has just released his new single ”On My Grind” featuring Chris Cobbins and Rell Riley.  Taken from his new album due to be released in early 2014, David caught up with Jam The Hype about his upcoming projects, his favourite rappers, and shares how he came to know Jesus…

JTH: Hi David!  Last time we met, you were called Faith D.  Now, there are many Bible stories where the characters change their name to mark an important change in their life (e.g. Abram to Abraham and Saul to Paul)!  So, is your name change from Faith D to David Keigh significant too?  What’s the story behind that?

David: Yes, I definitely believe that the name change from Faith D to David Keigh was a very significant mark in my life because it was a transition; a new phase I was entering into with a new understanding of what it means to be a professional recording artist and a missionary within the culture.  God has been opening major doors for me in the mainstream arena, so I wanted to get away from any “spiritual” stigma that could be a stumbling block to being an effective witness of the Gospel.

It was as if Faith D and David are two separate people and I didn’t want that.  I wanted people to see who I was and whatever I say on stage is who and what I am off stage.  I haven’t really shared this with anyone publicly, but my birth name used to be Divi but at the age of 13, I felt like I needed to change my name to David so I did through the government deed poll.  At the time, I didn’t know why, but I felt like I needed to, and as I grew older, God started to make it all clear to me.

JTH: How did you come to know Jesus?

D: I grew up in a Christian household with strong Christian values where we would go to church every Sunday.  I didn’t take no notice of the preaching.  I was just living any sort of life while still attending church.  Sex, stealing, hanging around with the wrong friends, swearing, and very rebellious towards my parents.  Until one day as I was heading home from school, Year 10, age 15, after my exams a couple of guys wanted to rob me for my phone, and I was threatened to be stabbed in broad daylight.

However, I didn’t come to Christ through that.  My pastor at the time was preaching one Sunday.  I remember him being so real and making a few “pastor jokes” here and there, and from that moment, that’s when I began having an interest in the word of God.  I began reading my Bible more, praying more, and seeking God more.  I now wanted to go to church with zeal of wanting to know more about Jesus, and it was through the continuous studying of the Word that the revelation of Jesus Christ came to me.

I started to build up my personal relationship with God through fasting and prayer, and God would always show me dreams/visions.  I got so deep with my relationship that I’ve personally encountered Christ twice in my dreams.  Powerful stuff hey!

JTH: Who influences you musically?

D: This is a good one.  There is so much great music out there that there isn’t one particular person that does.  There’s a whole bunch of people that influence me musically, artistically and as a missionary within the culture such as Lecrae, Flame, Derek Minor, Will I Am, J Cole, Kendrick Lamar, Drake, Ace Hood, Tinie Tempah, 2Chainz, and the list can go on.  For now, that’s my top 10. 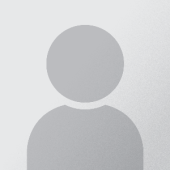 Lucy is a radio presenter on Premier Gospel and the editor of online youth magazine Fresh Thoughts. Based in London, she is passionate about sharing Jesus in fun, creative ways. When she's not listening to music, she loves dancing Zumba style, fancy dress parties, writing songs with friends, apologetics, and asking people awkward questions.

No Malice Drops Off His New Single Titled “Give ‘Em Game”