A handful of Christian rappers were among the first acts announced yesterday for South by Southwest (SXSW) 2013 – the internationally known independent music and arts conference and festival held each year in Austin, Texas.

It’s likely that Reach Records/Reach Booking will have another full and separate showcase. Stay tuned for other acts and stages to be announced. 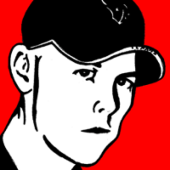