On the heels of his recent departure from the legendary Cross Movement Records comes the latest release from K-Drama entitled Winds and .Waves.  This album may be K-Drama’s most introspective and transparent to date.  I find it pretty difficult to write reviews for artists I admire and respect for things other than music, because there’s a temptation to sugar coat flaws or overdo it on the kudos.  I’m glad to say I found no such struggle during my assessment of Winds and .Waves.

As a fellow artist and consumer, I particularly appreciate an easily detectable level of honesty as opposed to complete randomness that leaves me with a handful of nothing.  K-Drama keeps it 100 by exposing the good, bad, and ugly on songs like “Getting up” and “Let It All Go.”  On Winds and .Waves, K- Drama opens up about the absence of his father and digs deep lyrically with lines like “Cain gets all the money when we’re barely able to put a decent meal on the table.”  K-Drama is as apologetic as he is open about his struggles; he rarely points at the pain he endured without offering God as the rebuttal to his disappointments, bitterness, and failures.

K-Drama is not only known as a nice emcee but also an accomplished producer who can mash a midi with the best of them.  He proves it once again by shouldering most of the production on Winds and .Waves.  Aside from lyricism, beats, and meaningful content, I also tend to listen for songs that will do damage during a live performance.  Two of the songs I’d love to hear up close and personal are “Stadium Praise” and “Surrender.”  K-Drama has always been impressive with his creativity.  He is one of only a few artists who can take a concept as simple as “being patient” and turn it into a hit, and he does just that on “FWD.”  Not to mention, K-Drama sets himself apart on “Rocket” and “Hold My Own” with his unorthodox flow and clever punch lines.

K-Drama touches on a variety of topics on Winds and .Waves that range from struggles as a full time artist, to verbal and emotional child abuse.  This review could have been filled with quote after quote and well deserved accolades, but in all honesty it wouldn’t do this album justice.  You just have to hear it for yourself to appreciate it.  It’s always encouraging when you hear CHH that’s created for the common man.  Winds and .Waves displays a vulnerability that we all deal with at some point.  In a brief conversation with K-Drama, he described Winds and .Waves as the Dark Knight of all his albums.  His comparison is not at all far-fetched because, in my humble opinion, this is K-Drama’s finest work. 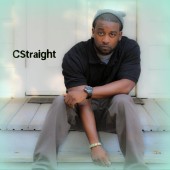