LOS ANGELES — By the time you finish reading this sentence — presuming you are fighting Manny Pacquiao and read at an average pace — you’d have banked about $500,000.

Mayweather, who reportedly doesn’t read nearly as fast as he dances, earned roughly $83,000 per second during his Saturday night victory over Manny Pacquiao. 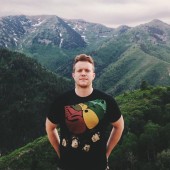 Luke is the Webmaster and developer at Jam The Hype. He has been working in the music industry for the past 4 years, but has been a musician for 15. Luke plays drums for various artists, both live and in the studio.