On first listen Cory Ard strikes his listeners with unfiltered emotion, truth, and perspective: “The hood is still the hood but bible study’s going on…. mission trips in foreign countries but not in our city blocks” he raps passionately over an emotional grand piano piece. The age of what many deem as “mumble rap” is upon us and has been for a while now. However, just like every fad, its end is not far-fetched. Cory Ard resides somewhere in this space but maintains the quality of lyrical poetry we have all come to love in music. In a few ways, Cory’s music is reminiscent of the early to mid CHH scene in his approach to the message of the gospel.

While other Emcees have taken the wider path in their approach Cory’s music is practically stained with pictures of his belief in Jesus and how unashamed he is about it. On Fight The Good Fight, he makes a stance with help from fellow emcees Steven Malcolm and Jae Mitch.

The title track “Blackout” is very direct. It almost feels as if Cory has been holding back for so long. On the chorus, he chants “Cut the Lights” and further explains what happens if and when the lights go off. In a sense, this track is an allegory of the entire album. ” You can martyr us before we turn down, back down, back up, or sell out… you just bought our best out… I signed up to die” Cory is clearly on a mission and his music speaks to every step he takes.

At a time where rappers like Kanye West have taken the 7 track album approach, Cory ventures out with 12 tracks and maintains a cohesiveness about it. Track 6, Hope is a standout in that it’s easy on the ears. The melodic record has a very melancholic feel courtesy of the featured artist Ryann Darling. The balance, however, is ironically the pinch of Hope in the sound of the record. “There’s more can you feel your heartbeat further… There’s hope it won’t be this way forever”

Raging Moses & No Malice make for a pretty solid record, and that’s exactly what we get on Track 9, Story. Once again, melancholy, melody and a reality with a pinch of hope are feelings presented on this record. No Malice delivers in the regular fashion, Raging Moses had a very impressive verse and Cory delivers as he has done through the album

The Blackout is a story about a broken world and the brokenness that affects us humans simply as a result of our association in it. Cory raps with an intense passion and cries out for an awakening in all who claim to follow Christ.

This album gets a solid 8.5 stars. The production is impressive, it is cohesive, and it has the right amount of features to balance out a project. The concepts are very well executed, the delivery is passionate and Cory sounds like nobody else. 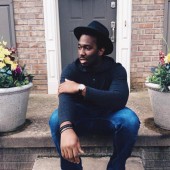 I love Music, Movies, TV Shows and a Football Club that has let me down time and time again (Arsenal). I think that Chipotle is overrated, I play video games, most especially FIFA which is more than just a game to me. I have a Bsc in Management and an MBA. I started a website called How2BeCool.com as a way to let people know about the things I like. My motto is, Be Yourself and Be Cool.

Da’ T.R.U.T.H. Is Thinking About Tour Ft. All Of His Albums