Don “Church B.” Gordon, is a Christian Artist, who resides in Pittsburgh, Pa. He’s a husband and father of 3 beautiful children. Don, who grew up on the Northside of Pittsburgh, always loved music. In ’99 at the age of 17 he started venturing out on his own. He did secular music with a group called, “P Dot/Murk Gang”. But in 2008 that all changed. Don gave his life fully to Christ and asked God to clean his tongue so that he may be able to do music to glorify Him. And it’s been on since then. It started from a youth Sunday at his home church, The Lighthouse, and he’s been to a plethora of churches since. He and his cousin James, who got saved a few years prior and was also a part of P Dot/Murk Gang, started their own group called “G.U.T.T.A” which stands for God’s Undeniable Truth Told Always. Don is currently working toward being able to do ministry full-time.

Church has won several poetry slams and was nominated for 2012 Christian Rap Artist of the Year in the Pittsburgh Underground Music Awards. He has done numerous features and after 15 years of doing music is finally working on his debut album. His single, “Faith”, is available now on Amazon and iTunes. 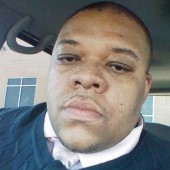 Mark is the President of The F.A.M. (Fully Aligned Movement), a ministry that promotes unity in Christian Hip Hop and also serves as a home for up and coming artists, producers, graphic designers, and DJ's looking to build their ministries. After being a fan of Christian Hip Hop for many years, the Lord called him into the genre himself with a clear vision to help build and expand it globally.

Oscar Urbina – Drinking From a Rock

The King’s Kid – Head Up

T-Mark – Under The Sun