Derek Minor recently departed from Reach Records to focus on building his brand, Reflection Music Group. What may have seemed out of the blue to some was really a strategic business move from the start. His plan was to join up with Reach, learn the ins and outs of running a label from Lecrae and Ben Washer while creating a following, then using that momentum and knowledge to take his label, RMG, to another level. RMG now boasts a roster of artists that are very talented; Tony Tillman, Chad Jones, Canon, B. Cooper, and Deraj are the artists that Derek has signed thus far. Every artist has put out an album or mixtape either before or after being signed to Reflection, except Chad Jones. We have mostly heard Chad on feature verses on other people’s albums and of course the RMG collective album, Welcome To The Family. People have been waiting for Chad to drop a solo project and Keep Up gives us a sneak peek into what we can expect from Chad. The EP only boasts 4 songs but has a great collective of producers such as Dirty Rice, G Roc, Black Knight, and Derek Minor.

Problem feat. Propaganda & Canon – The lead single off the album, produced by Black Knight, has a west coast hyphy vibe to it. The concept of the record is that we are a problem because we are Christians and are bold in faith and impacting culture. This is a great lead single. My only critique is that I felt that Prop and Canon stole the show with their verses. I have heard Chad spit on other songs, and I know he could have come with more lyrical versatility than he did. With that being said, I have not heard a CHH song of this style, so it was a different route to go, and it definitely will go hard in your speakers.

I Know feat. Foure – The best music that an artist can make is music that people can relate to, and many times that means giving your personal life on wax. I love this song because we get some insight to Chad’s background and who he is. He talks about getting in a car accident and surviving, to his mother being on drugs while she was pregnant and putting him up for adoption.  G Roc produced a very melodic and catchy track for this record as well.

Long Walk Home feat. Jayme Pearl – This Dirty Rice and Derek Minor produced track is very melodic and Jayme Pearl gives the song a catchy hook. “Long Walk Home” is about the trials and tribulations that life can throw our way. Sometimes we cannot take a shortcut but have to take that long walk home to get to where God is positioning us. A mark of a real emcee is one that can tell stories, and Chad shows us that he can do just that, painting vivid pictures for the listener.

Anyone who has a goal or ambition to be better in life can relate to this song.

Having heard Chad Jones before, I felt that it was really time to release a full-length mixtape or LP, however, the four songs on this EP showed a different side of Chad, a more personal and introspective side that we hadn’t heard on previous features. In this EP, we really get to hear his heart and struggle. The production is solid along with the song concepts and delivery. I look forward to hearing what he has in store for his debut LP! 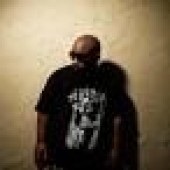 Chris "Fluid" Coleman is an album reviewer for Jam the Hype and has a great deal of love and respect for the genre of Christian hip-hop. Chris is not only a fan of the genre, but is an artist himself under his own imprint, Truth Spitters' Association. In addition to artistry, he has experience in radio during his time at GA State University, djing for their campus station WRAS 88.5, and most recently at Loyola University’s Crescent City Radio. In addition to the music side, Chris serves as a minister at his local church, Restoration Temple in Hammond, LA.