Outkast made biblical references in a lot of their previous projects. “Jazzy Belle,” “Babylon,” and “Decatur Psalm,” to name a few. Big Boi spits bars that give you insight on his faith in this song as well.

“Preachers Of L.A” star Deitrick Haddon makes a cameo on the screen in the series. In 2015, he released the ‘Masterpiece’ album worldwide.

Do you think the culture is shifting? 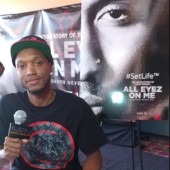